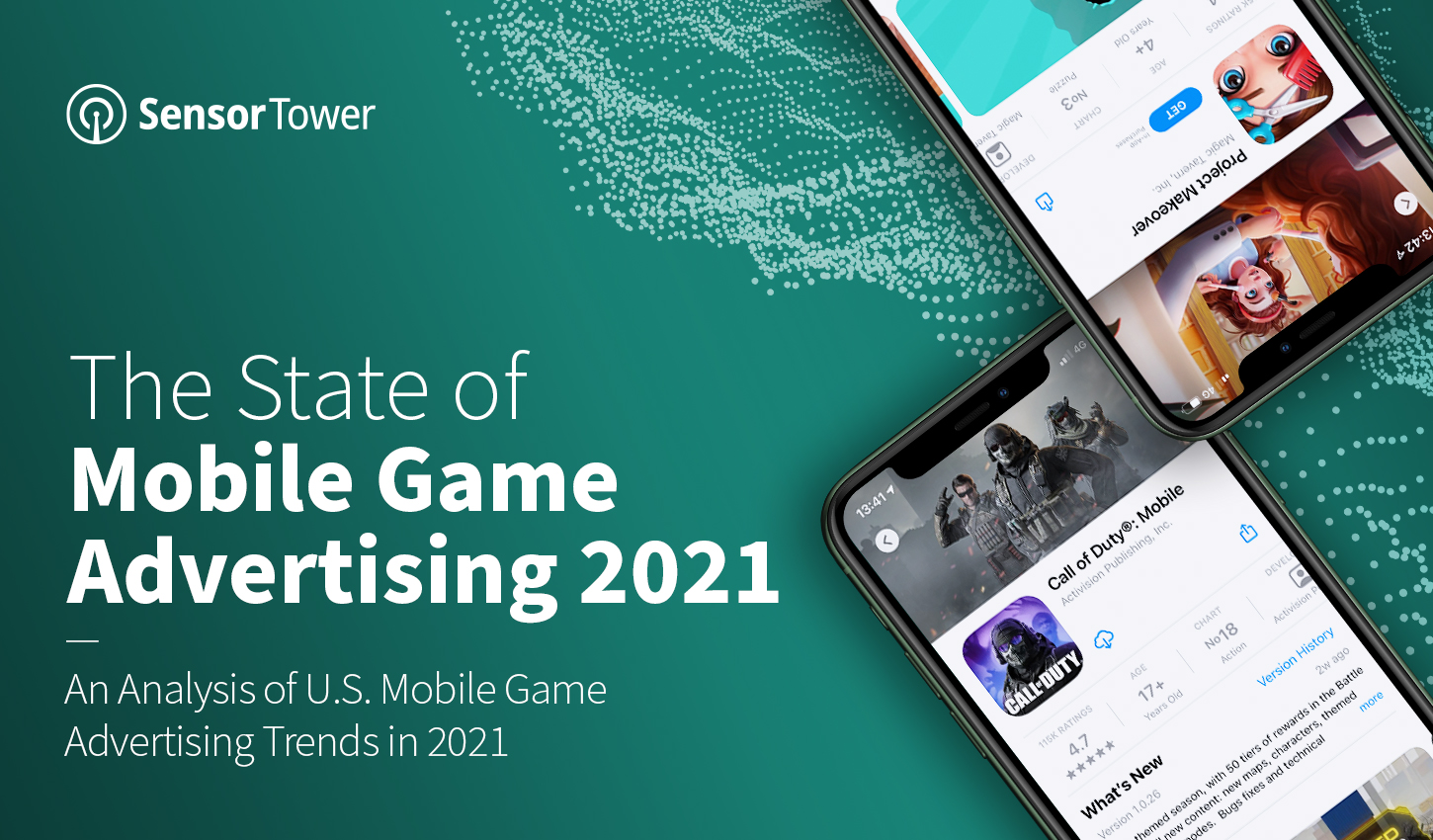 Mobile advertising is a critical component of creating success in the games market, an aspect made more challenging by Apple’s IDFA changes on the App Store. To help publishers strategize their user acquisition campaigns this year and beyond, Sensor Tower’s new State of Mobile Game Advertising 2021 report offers analysis into how other publishers are facing these challenges head on and which genres are seeing the most activity on different networks.

Between Q1 2018 and Q1 2021, five ad networks were primarily focused on mobile games and had at least 90 percent of their share of voice (SOV) come from titles on iOS. Since 2019, AppLovin has also had more than 90 percent iOS SOV from games, which followed its push into development with investments in the likes of PeopleFun, Firecraft Studios, and Belka Games, as well as its publishing arm, Lion Studios. 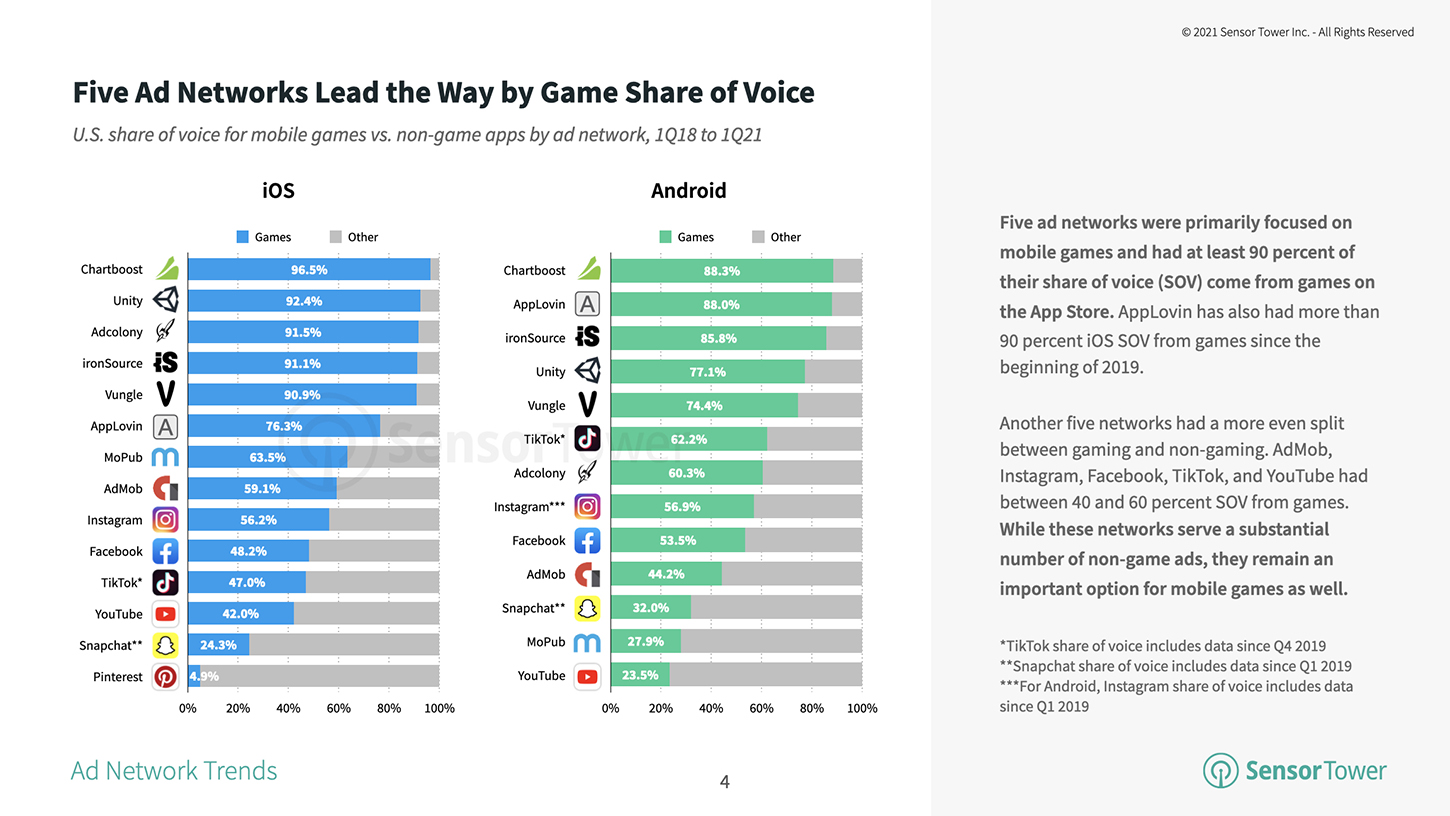 Five of the networks analyzed had a more even split between games and non-gaming. AdMob, Instagram, Facebook, TikTok, and YouTube had between 40 and 60 percent SOV from games. These networks still, of course, remain important options for mobile game advertising.

Across games-focused ad networks such as Chartboost, Unity, IronSource, and Vungle, puzzle games often saw the greatest SOV on iOS in H1 2021. Angry Birds Dream Blast from Rovio ranked No. 1 on Chartboost, while Candy Crush Saga from King had the highest SOV on both Unity and IronSource. Call of Duty: Mobile from Activision, meanwhile, ranked above Homescapes from Playrix on Vungle as the No. 1 title. 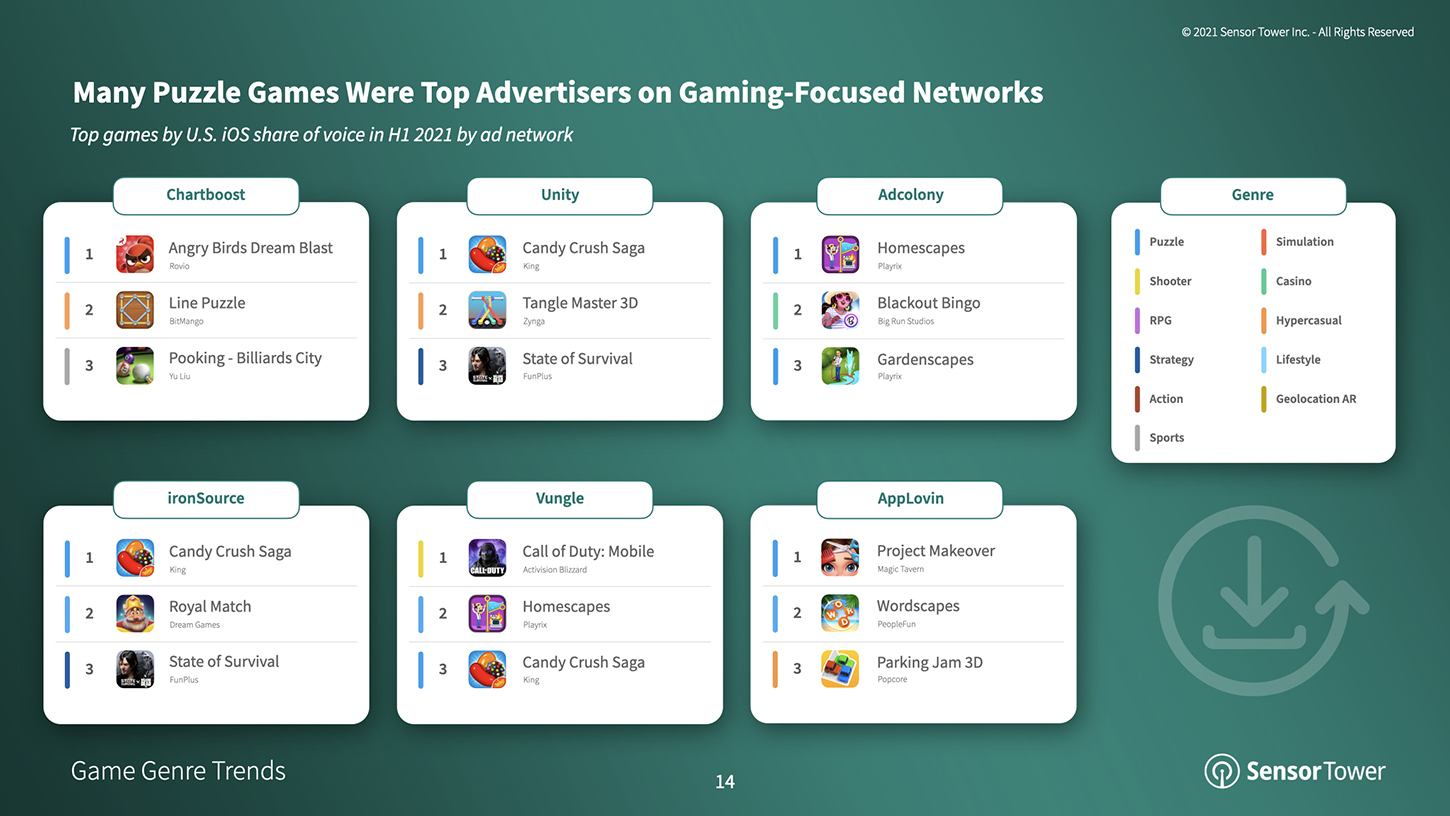 On the less game-focused networks, such as AdMob, Instagram, Facebook, and TikTok, mid-core games ranked as the top titles by U.S. SOV on iOS in H1 2021. Call of Duty: Mobile ranked No. 1 on YouTube, while Top War from Topwar Studio ranked No. 1 on both AdMob and Facebook. 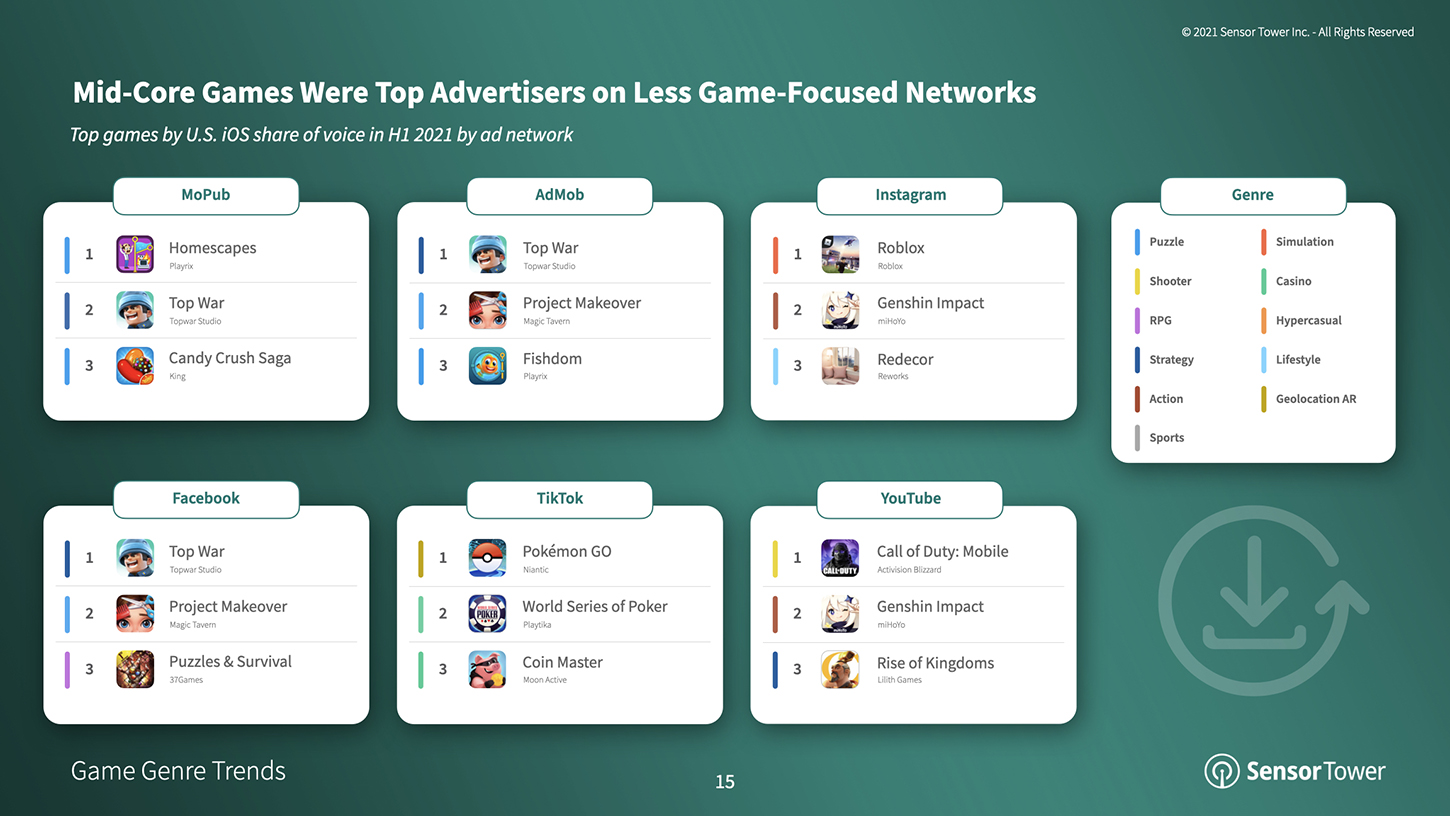 The top ad networks for certain game genres often align with their user base demographic. Casino games, for example, had their highest SOV on Adcolony, a network typically used by games with an older and more female audience. 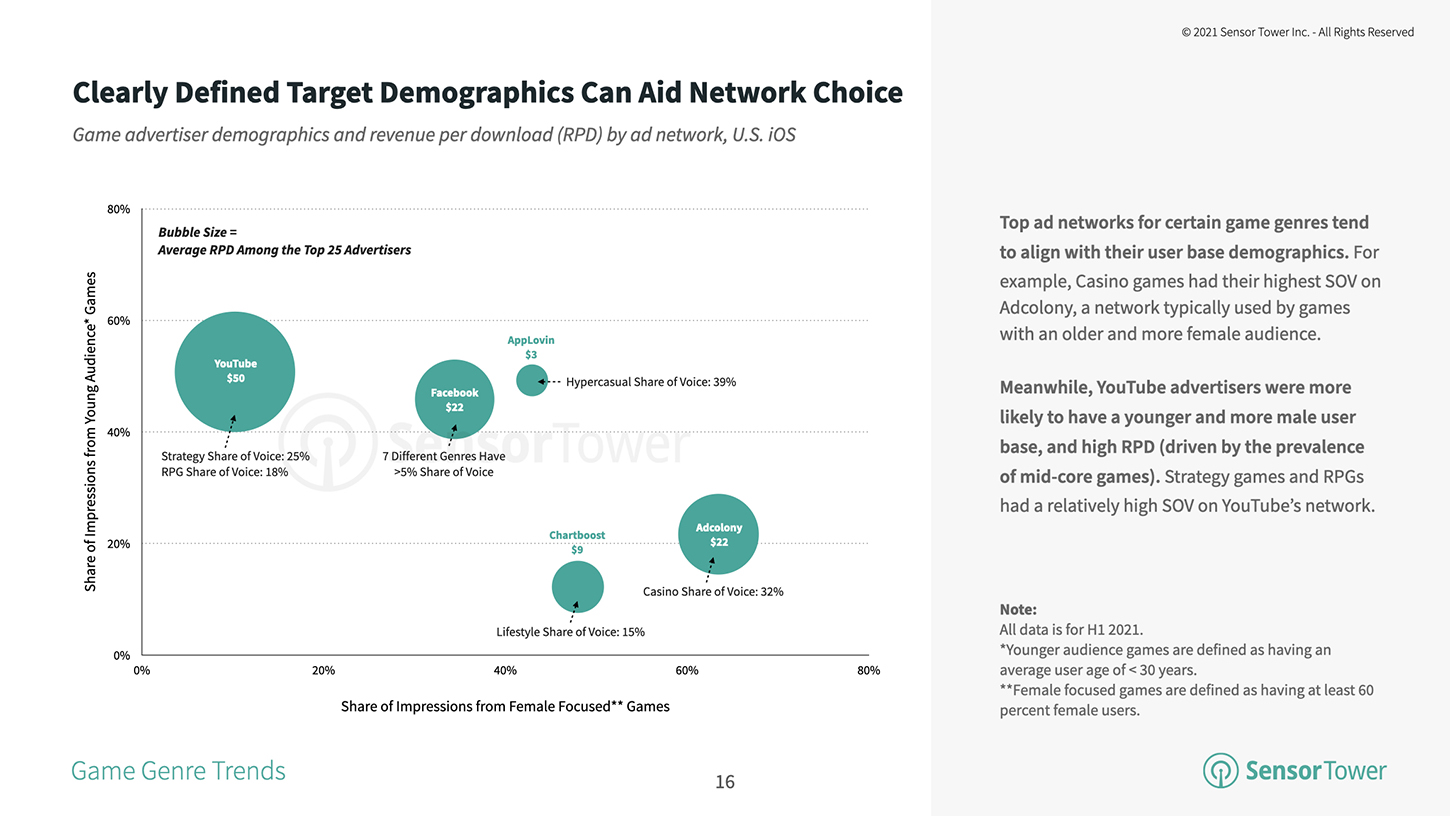 YouTube advertisers, meanwhile, were more likely to have a younger and more male user base with high revenue per download, with Strategy games and RPGs seeing a relatively high SOV on the platform.

For more in-depth analysis on mobile game advertising in 2021, download the complete report in PDF form below: