MySQL 8 was released in 2018 and is the next release after 5.7.
Since 2018 and as of today there was 27 minor versions bringing the last version to 8.0.27. It’s important because MySQL did bring a lot of feature enhancements in these minor versions as we’ll see in the next part.

A Common Table Expression (also known as WITH query) is a named temporary result set.
It exists only in the scope of a single statement and can be later referred within that statement.
You create a CTE using a WITH query, then reference it within a SELECT, INSERT, UPDATE, or DELETE statement. 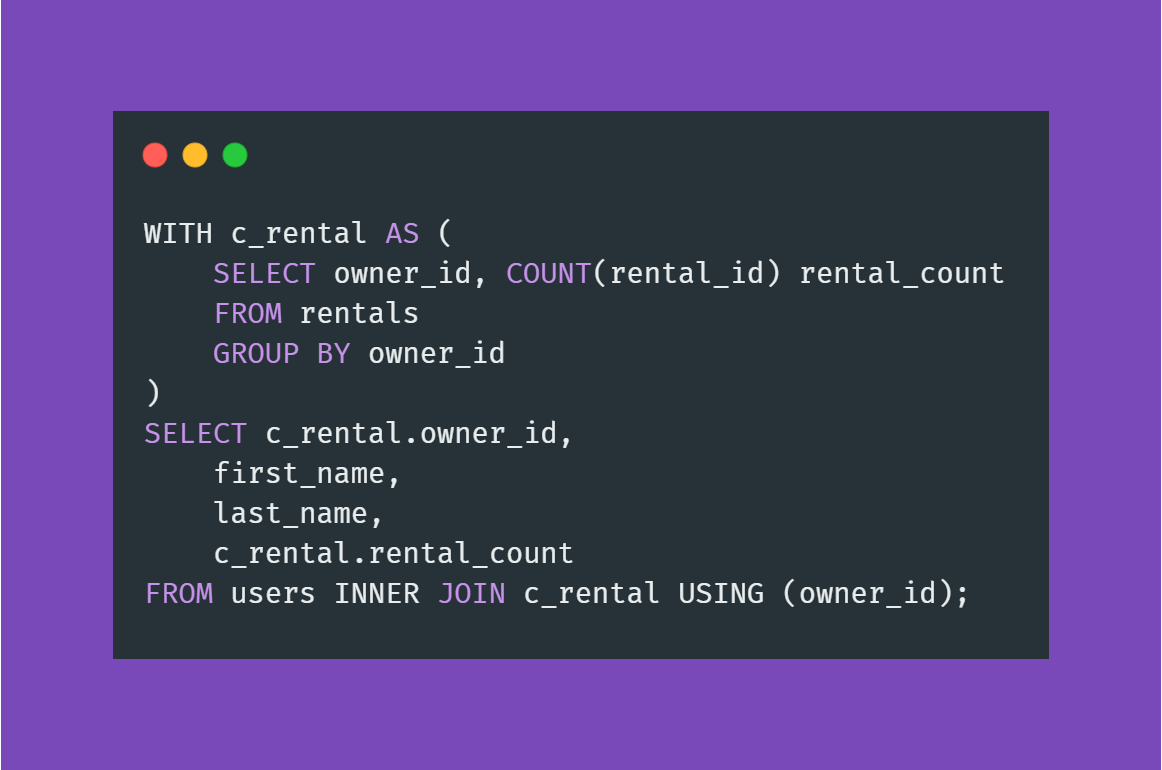 CTEs make a query more readable, allow to better organize long queries and better reflects human logic (like functions does). It’s particularly useful when you need to reference a derived table multiple times in a single query. There is also a specific category of CTEs called recursive CTEs that are allowed to reference themselves. These CTEs can solve problems that cannot be addressed with other queries.

This feature is available as of MySQL 8.0 and some edge cases have been handled in 8.0.19 (recursive SELECT  with LIMIT  clause).
Documentation is here.

PostgreSQL’s documentation does an excellent job of introducing the concept of Window Functions:

Here is an example that shows how to compare each employee’s salary with the average salary in his or her department: 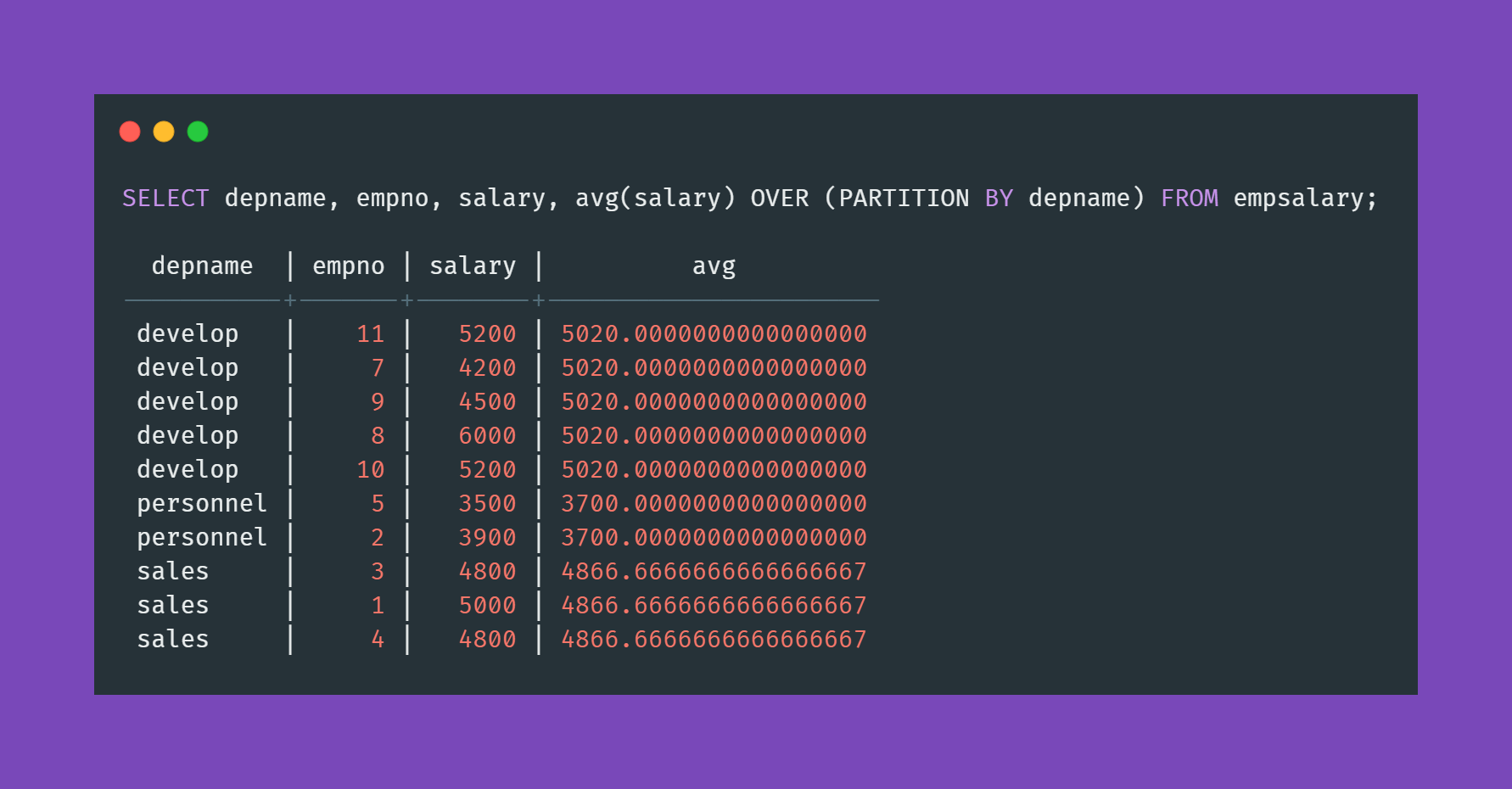 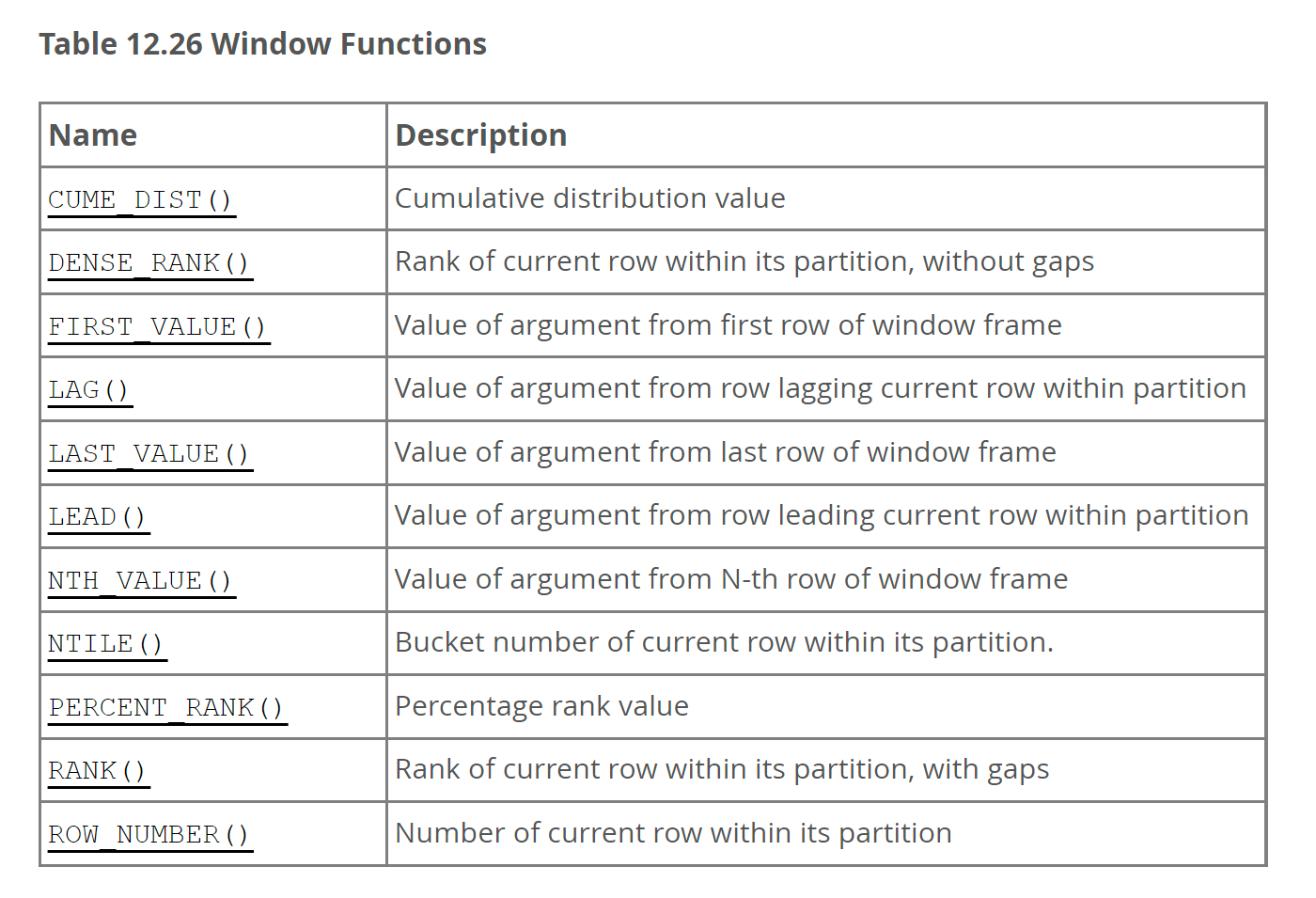 WINDOW functions probably deserves an article on their own. You can find one here.
This feature is available as of MySQL 8.0.
Documentation is here.

MySQL now supports use of “expressions” as default values. Expressions are distinguished by the use of parenthesis. BLOB, TEXT, GEOMETRY, and JSON data types can be assigned a default value only if the value is written as an expression, even if the expression value is a literal. 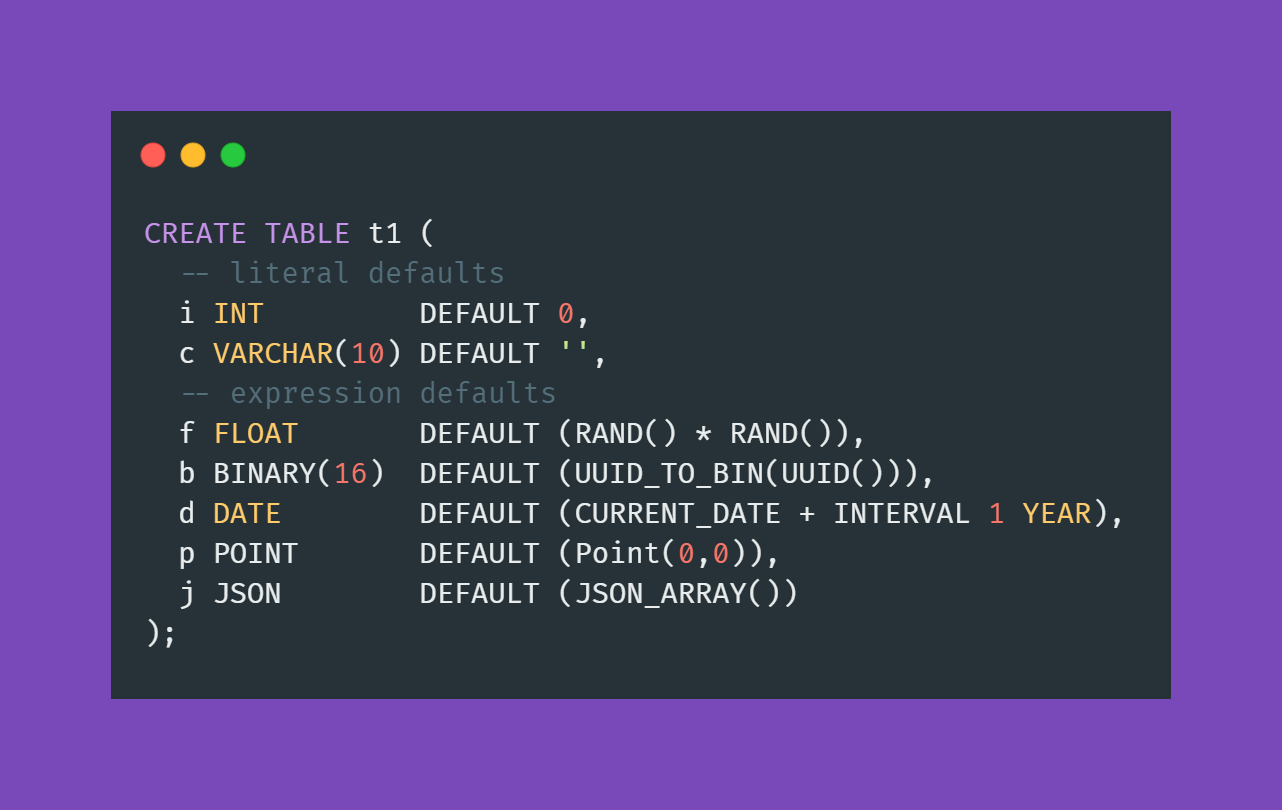 This feature is available starting MySQL 8.0.13. Before 8.0.13, the only expression supported was CURRENT_TIMESTAMP.
Documentation is here.

MySQL now supports indexing expression values referencing other keys rather than column values or column prefixes. Using parts of a function key allows you to index values that are not directly stored in the table. 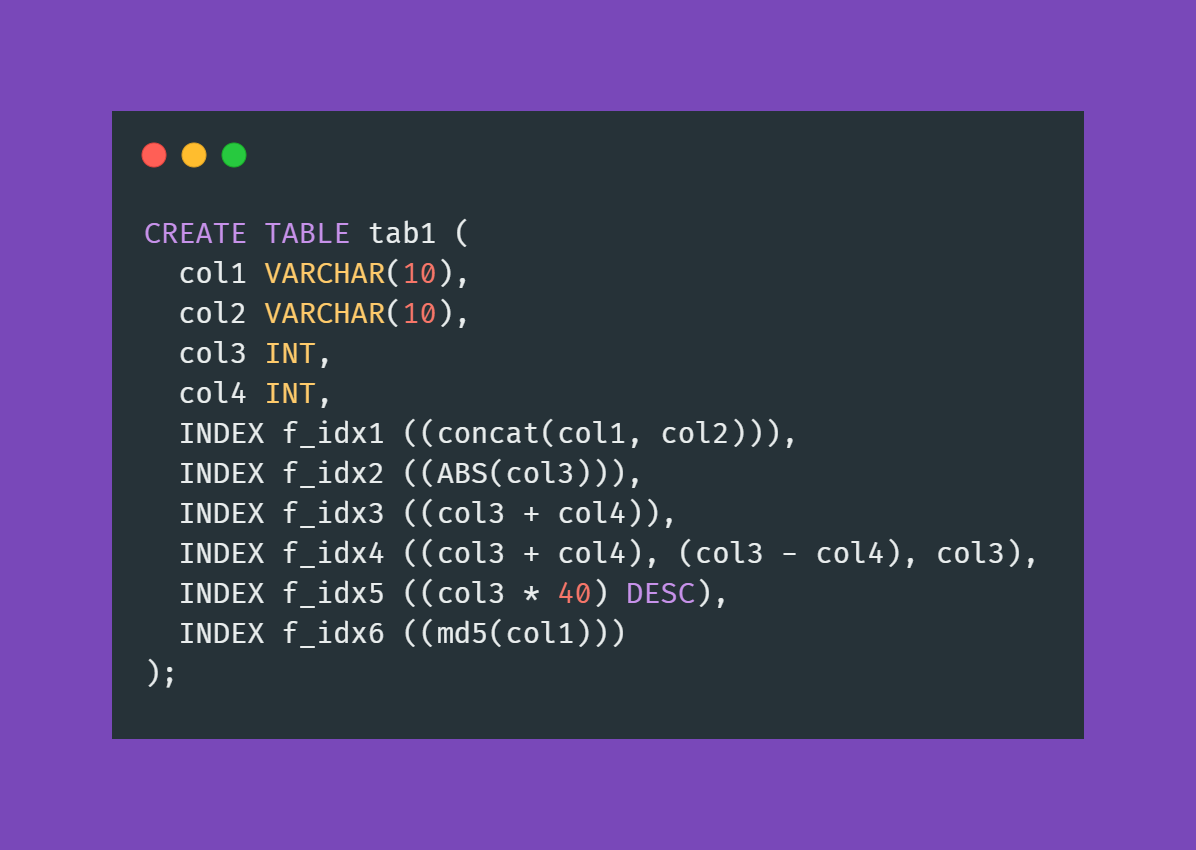 This feature is available starting MySQL 8.0.13. Prior to 8.0.13, you could achieve the same result by using virtual columns and indexing them but this is clearly way more straightforward.
Documentation is here. 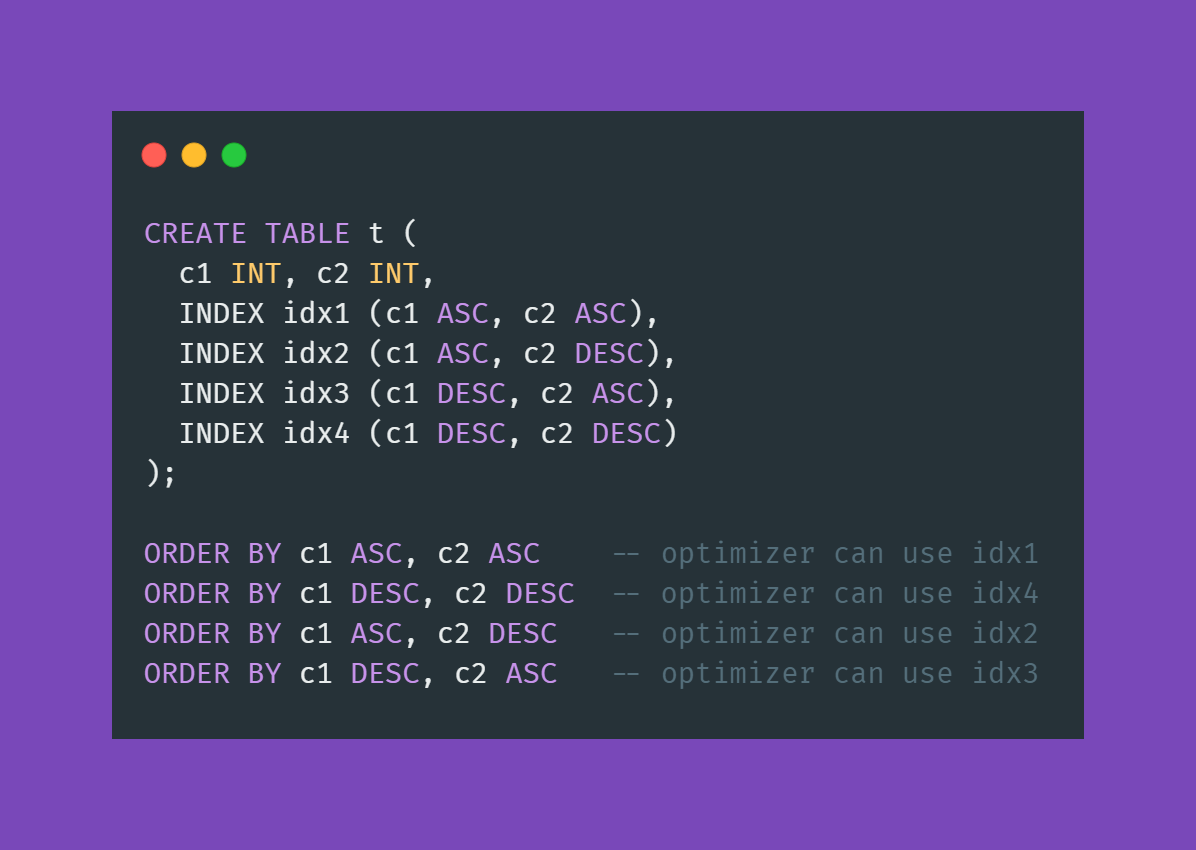 This feature is available as of MySQL 8.0.
Documentation is here.

It’s basically a toggle for indexes. 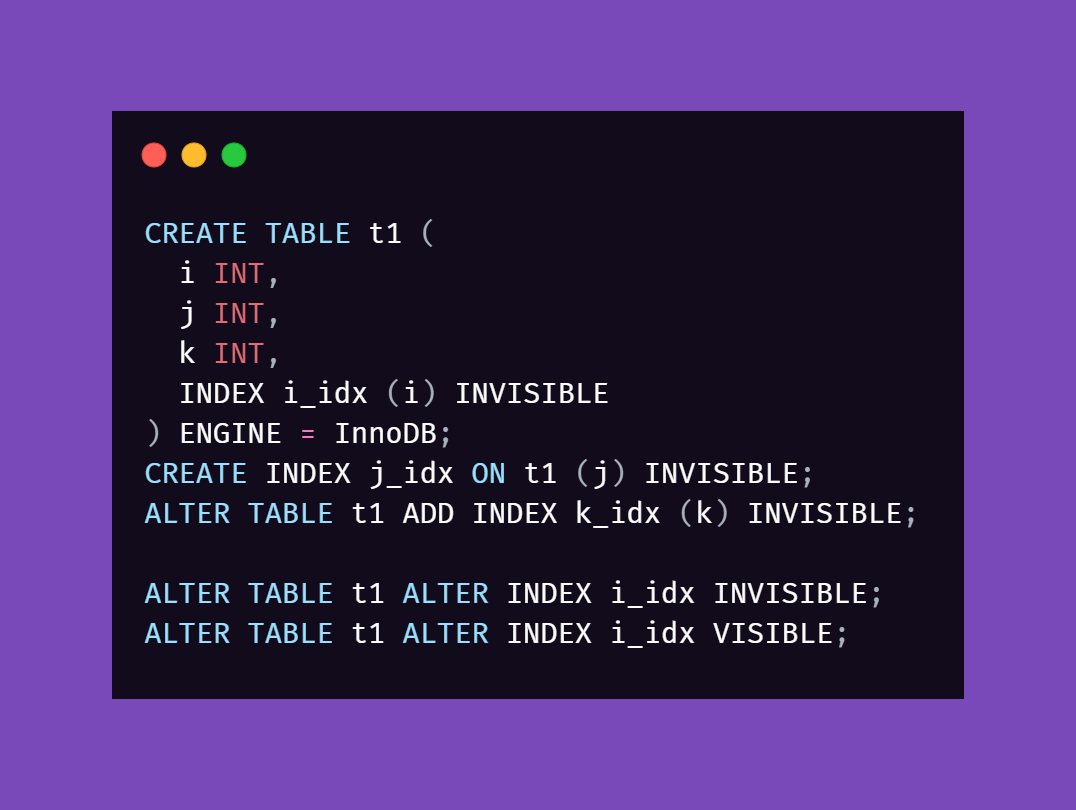 This feature is available as of MySQL 8.0.
Documentation is here.

This statement provides expanded information about the execution of SELECT statements in TREE format. This includes startup cost, total cost, number of rows returned by iterator, and the number of loops executed. 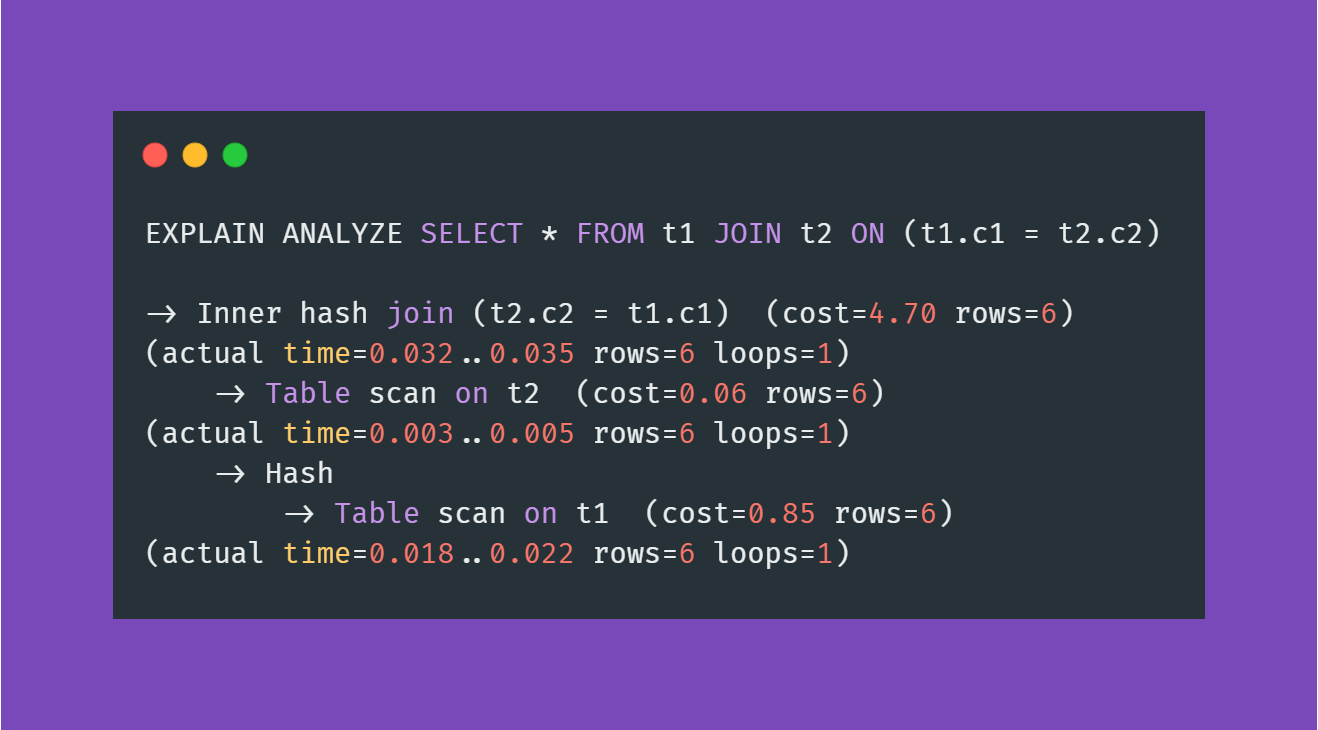 The cost is an arbitrary unit but it is consistent between queries and usually a good proxy to answer the question “is this query faster than this other query?”.

This feature is available in 8.0.18.
Documentation is here.

And of course performance and stability improvements.