TikTok has announced a new series of live-stream fundraisers as part of an expanded Giving Tuesday push, which will also see the platform allocate $7 million in direct donations to various organizations. 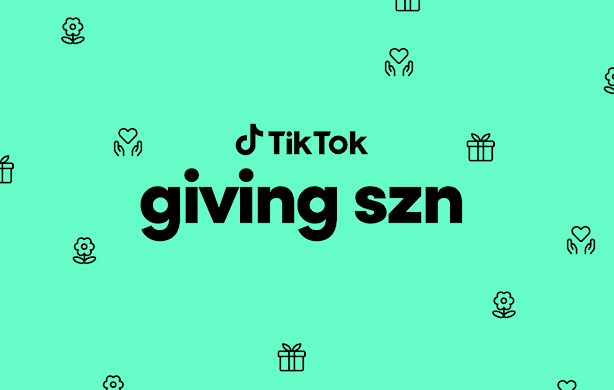 As explained by TikTok:

“On GivingTuesday (November 30th), known as the world’s biggest day of generosity, we’re delighted to join hands with our global TikTok community and introduce #GivingSzn, a celebration of generosity and goodwill featuring LIVE programming from creators and non-profit organizations, including fundraisers and community-rallying moments around the world.”

Various high-profile creators will be taking part in the initial event, including Matthew & Ryan, Arturo Allende, and Spencer West. But that will only be the first stream – as it looks to help as many charity groups as it can ahead of the busy holiday season, TikTok will continue to host more donation-focused live-streams throughout December, which could provide a big boost to charities that will no doubt be stretched to their limits over the coming weeks.

In addition to this, TikTok itself will donate $7M to various mission-driven organizations around the world, “to support the causes our community cares about the most”.

“Part of the donation will be made in the name of TikTok creators globally to non-profits of their choice. We’ll also be donating $1M in ad credits to support global non-profit organizations in their end-of-year fundraising efforts.”

TikTok has been an active contributor to many charitable causes, including the $250 million in funding to assist frontline workers combating COVID-19, and $200k as part of its #CreativityForGood initiative, which it launched earlier this year.

In addition to this, TikTok says that many individual users have also raised significant funds for various charitable organizations through its in-app giving tools.

“In 2021, almost 75,000 donations were made on TikTok in support of various organizations and causes globally such as fighting hunger, supporting humanitarian relief efforts as well as promoting health and wellbeing. TikTok creators such as @ghosthoney, @cristiandennis, and @valentinebrothers have also been at the forefront of raising awareness around some of the world’s most important issues.”

It’s good to see TikTok putting these contributions front and center, and building such into its expanding business. And given the popularity and influence of the platform right now, these latest initiatives will no doubt provide an important boost for support and assistance groups that will be needed more than ever this holiday season.

An added benefit for TikTok is the institution of habitual behaviors, with every transaction helping to make such more commonplace, which could also help in its broader eCommerce push.

But the main focus is on raising funds, and these new streams could play a key role in raising awareness.

The first TikTok LIVE ‘Global Give Back’ stream will take place on November 30th at 11am PT/ 2pm ET on the @tiktokforgood account.

@thebit.x
Follow
Previous articleNOVAS: Accelerating Svelte and Deno Application Generation. | by Sylvia Liu | Nov, 2021
Next articleTypes of design tools for voice user interfaces and how to use them | by Jesús Martín | Nov, 2021

Facebook Ad Targeting Ideas for 2022 and Beyond : Social Media Examiner