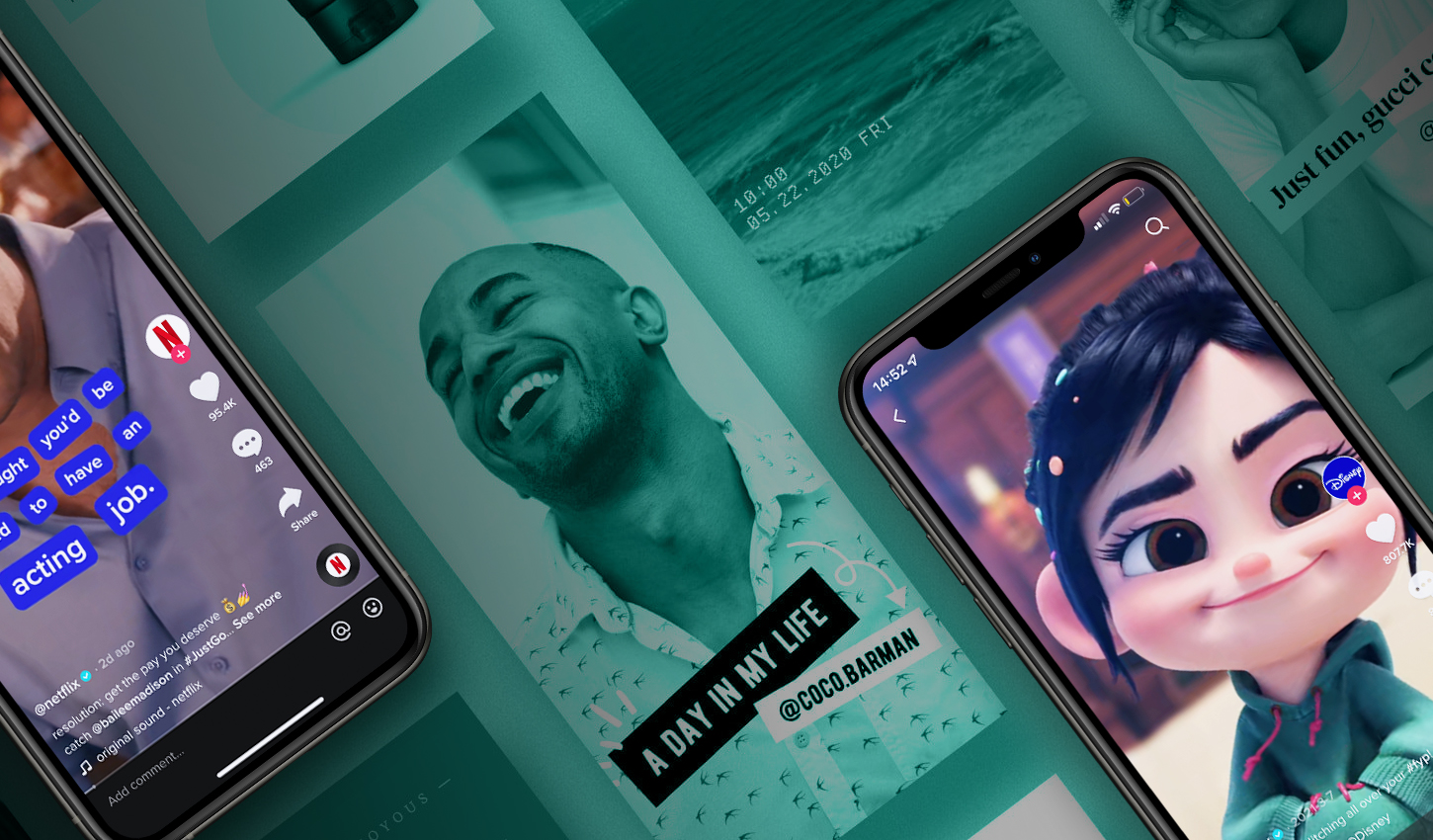 Although its adoption has slowed somewhat, global consumer spending in TikTok has only continued to grow. Users spent approximately $2.3 billion last year in the mobile app, which includes the iOS version of its Chinese localization Douyin, Sensor Tower Store Intelligence data reveals. This figure represents 77 percent year-over-year growth from $1.3 billion in 2020.

Consumer spending in ByteDance’s short video platform reached $824.4 million in Q4 2021, more than double the $382.4 million generated during the same period in 2020. Although China remains TikTok’s largest market in terms of consumer spending, its share has diminished significantly. In 4Q21, 57 percent of spending came from Chinese users, whereas China’s App Store represented 85 percent of in-app spending in 4Q20.

The United States maintained its rank as the No. 2 revenue-generator for TikTok, with its share in spending growing Y/Y. In 4Q21, U.S. consumers spent nearly $110 million in the app, representing 13 percent of global revenue. This was 5 points higher than in 4Q20 when the U.S. was responsible for $29.6 million or about 8 percent of worldwide spending. 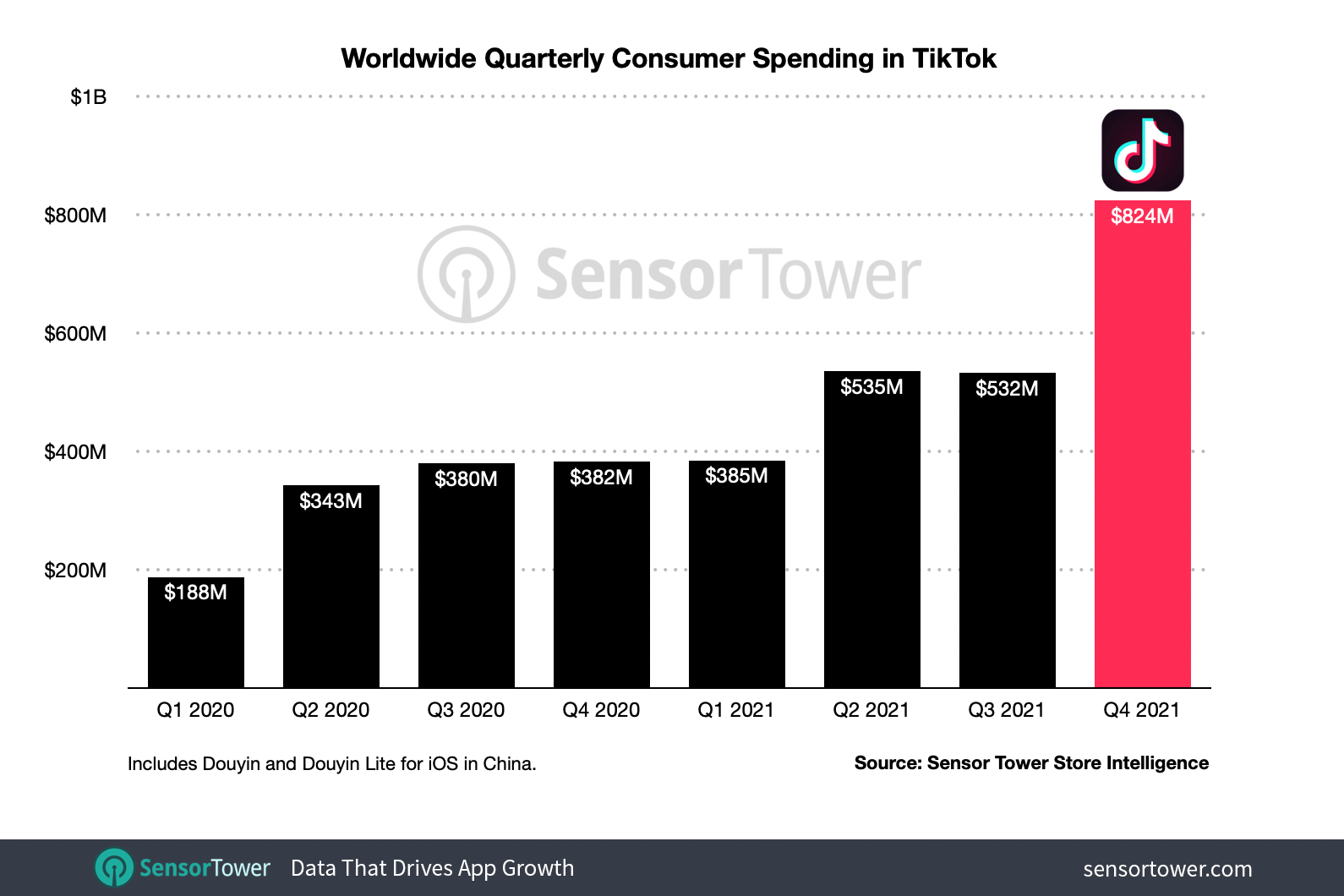 TikTok’s adoption declined Y/Y in 2021 due largely in part to losing access to its largest market, India, in mid-2020. The app reached approximately 740 million first-time installs worldwide last year, down 25 percent from 980.7 million in 2020. Despite this, the app still managed to surpass the impressive milestone of 3 billion lifetime installs, the first non-Facebook app to do so. 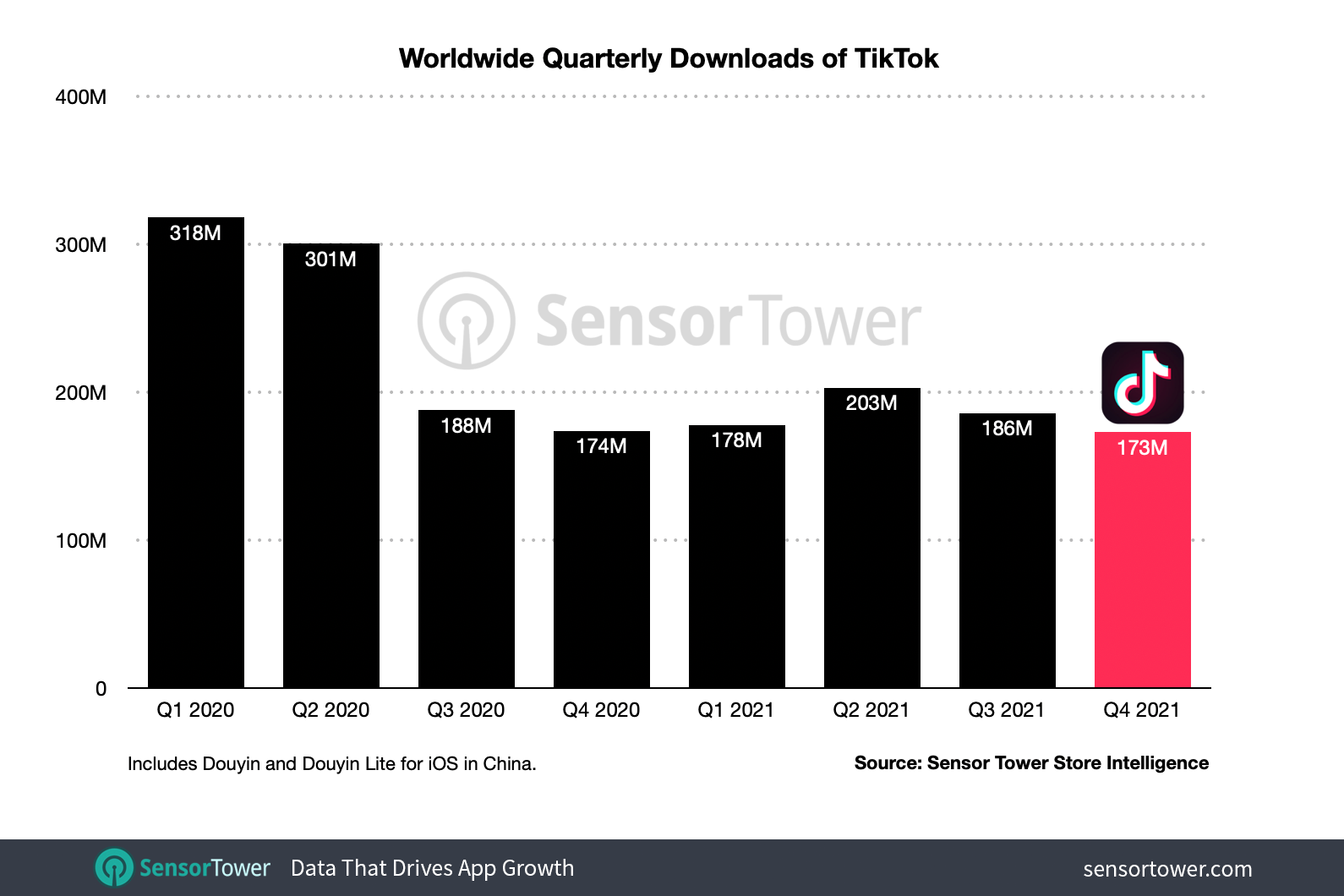 Sensor Tower Consumer Intelligence data shows that TikTok’s audience is highly engaged—and that engagement is growing Y/Y. The average number of sessions per active install in 4Q21 was up 30 percent Y/Y compared to 4Q20. Not only was the session count higher last quarter, but time spent per active install was also 15 percent higher when comparing the two periods.

While adoption of TikTok has slowed since its remarkable surge in 2020, that’s by no means an indication that the app’s popularity is losing momentum. Spending in the app continues to grow, and furthermore, it’s more commonly coming from sources beyond China’s App Store. Its mark has also been felt in other apps, as an ecosystem of nearly 1,000 apps have launched with complementary functionality. Bytedance will undoubtedly look to continue building on this momentum with new features—such as the Repost button—and efforts to grow its creator community in 2022.