Earlier today, Apple released updates for iOS, watchOS, and the company’s other platforms. There are some standout features mixed in, including using Face ID while wearing a mask (and unlocking your phone without needing an Apple Watch), the arrival of Universal Control, and much more. And there’s even a nice little bonus, too. 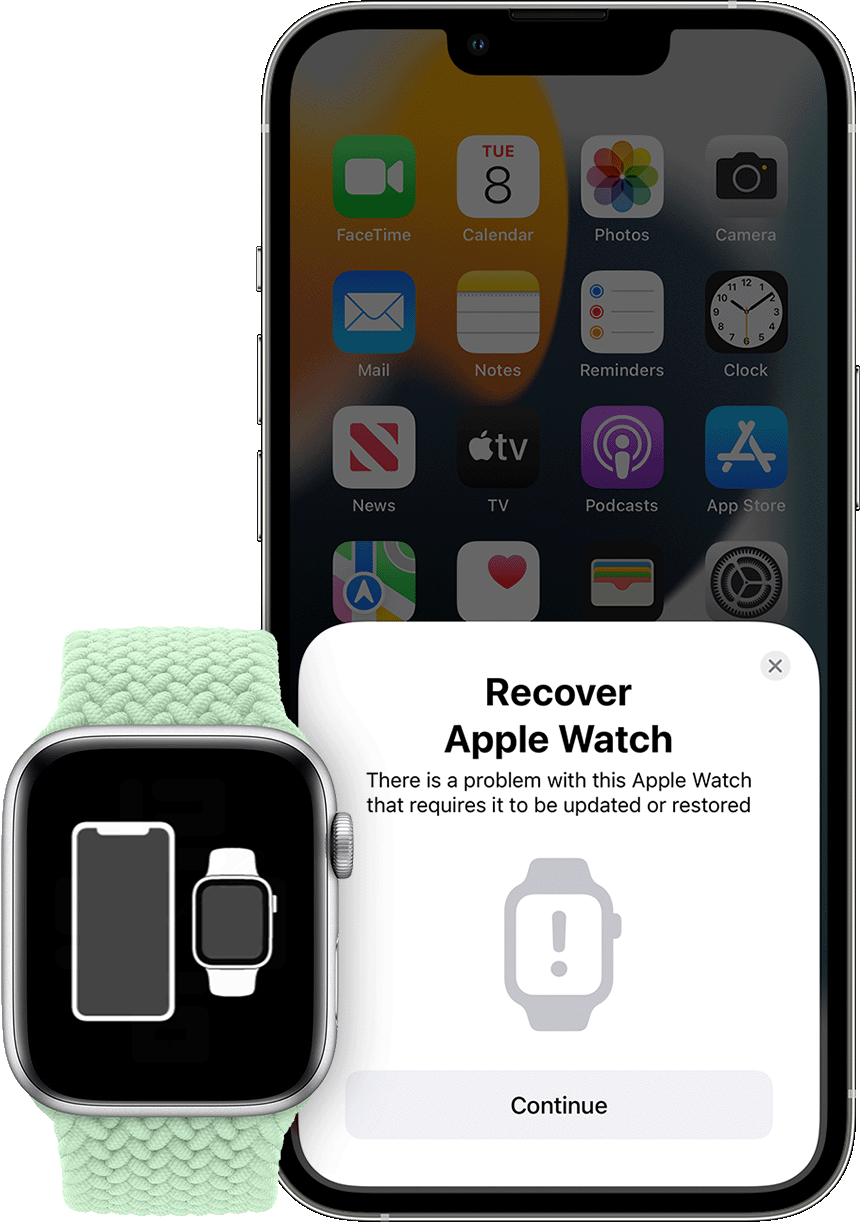 As first noticed today by MacRumors, Apple published a new support document following the release of iOS 15.4 and watchOS 8.5 today, which details the ability to restore an Apple Watch with an iPhone. As shown in the support document, if a problem arises with the Apple Watch which means it needs to be restored or updated, a nearby iPhone can handle that now.

The support document says that if the Apple Watch in question is indeed having an issue, an animation should appear on the nearby iPhone saying as much. It will indicate that the user simply needs to bring the Apple Watch and iPhone together to start the restore/update process.

Of course, the Apple Watch must have watchOS 8.5 or later to actually use this feature.

If a user does see that animation, here’s what Apple says to do next:

And here’s the extra bit associated with that asterisk in step one:

If these steps don’t work for you, check your Wi-Fi. Try using a 2.4GHz network instead of 5GHz, and make sure that you’re not on a captive or 802.1X network.

This support document apparently accompanied an internal memo that Apple issued to Apple Stores and Authorized Service Providers. The company says this specific feature is designed to make it possible for not only technicians, but also customers, to restore an Apple Watch without mailing it in for repair. While watchOS 8.5 is essential for the feature to work, the internal memo, nor the support document, indicate which specific Apple Watch models work on the hardware side.

In some instances, your Apple Watch might show a red exclamation point. If this happens, double-click the side button, then follow the steps above.

So, this is a nice addition, wouldn’t you say?