* “Good evening, we are from Ukraine” is a meme-like phrase of complicated origins that is now frequently used at the beginning of the news reports and as a comment to the current situation.

I am Victor Shepelev from Kharkiv, Ukraine, also known as @zverok (Twitter, GitHub).

I’d really like this blog to return to its “weird things on Ruby and other languages” mode. But all I can do for now is write another blog post about the war. I don’t want us to become “old news” for the world.

Russia still proceeds with a full-scale aggressive war in my country.

How am I (you can skip this)

Since the last post, I managed to evacuate my family to Poltava (further from the frontlines, and no bombings there) and returned to Kharkiv to do something useful for the city.

With no military experience and even no driving license, I do things on a very small scale: just delivering food and other necessities (diapers, cat food, toilet paper, women hygienic products) to those in need in my district, on foot. With a large tourist backpack, it takes just several hours of my day, and I am happy with this distraction.

The rest of the time, I am trying to work on my day job (though my employer Hubstaff made it clear they’ll support me even if I am not able to, for which I am thankful). Doomscrolling. Talking with friends and family who stayed in other districts or went to safer cities.

So, no, I am not “hiding in my cave” as some good-intentioned people on Twitter sometimes put this. Yes, I have a bomb shelter in the basement (where my family is photographed in prev.post). But sitting in there is not what I do all day.

What’s going on around

My district is relatively calm for those last few days. Only distant explosions, only regular air raid alerts, only some buildings without windows/roofs (but those were damaged a week ago).

Other districts of my city have it harder. Just yesterday, several dozens of shellings counted (not several dozens of shells, several dozens of multi-shell strikes). The city reportedly has 600+ living houses ruined (most of them are apartment buildings that were homes for hundreds of families each), ~50 schools, some hospitals, multiple historical buildings in the center, many lively city markets, the list goes on and on. There is a rumor that Putin had recently made a personal order to damage as much of Kharkiv as possible, to retaliate for breaking the hope of being “pro-Russian.” And however absurd it might sound, I am close to believing it because there seems to be no other point in doing what they do now.

Other cities have it harder. At least Kharkiv is not blockaded, like Mariupol, where reportedly 2000+ civilians are dead and humanitarian convoys are detained by Russians. Kharkiv is not occupied like Kherson and Melitopol, where city inhabitants go on squares, unarmed, every day, to protest with Ukrainian flags and show those cities that “expected to be pro-Russian” are not; where occupiers kidnaped multiple Ukrainian officials. Kharkiv is not obliterated completely like Volnovaha and many small towns in Kharkiv and Kyiv regions, where every building is ruined or damaged.

Yeah, we have it easy. Here’s just one photo I took personally on today’s walk. A peaceful early spring landscape, right?.. Please notice broken trees, burned car, and windows with blankets instead of glass (yes, people are still living there). Now imagine this being 3 min walk from your home. 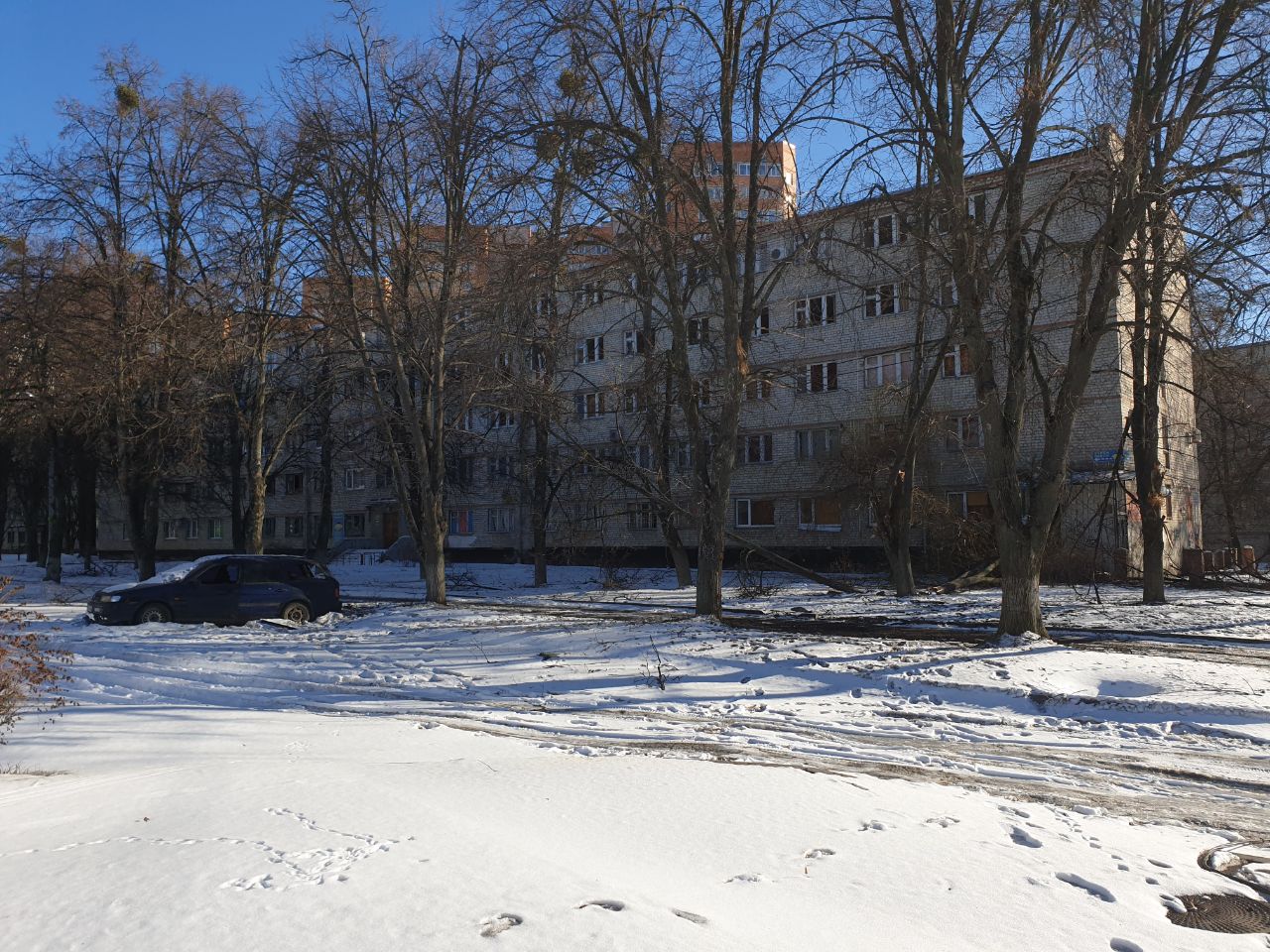 I put here this mild image, not all the dead people and ruined quarters from all Ukrainian cities. Maybe it will feel more real for some, but I’ll emphasize: we have it easy here.

It is like Russians deliberately invoke the Godwin law: who in their right mind will believe the regular army of “civilized European country” does bomb hospitals and schools and living quarters, and agree on green corridors to bomb the next morning and shoot evacuating civilians, and marauder, and take hostages, and do what they do?.. Unfortunately, too many independent and verifiable reports are they do just this.

There are many ways to help.

You can send money: Here is a verified list of funds to give money to, both to help the army and many humanitarian causes. You can support Ukrainian refugees. You can help to gather and send necessities for military and humanitarian usage.

I know that a lot of my online friends and acquaintances already do a lot – frequently much more than I am able to do from here. We are eternally grateful. We see you.

But I want to ask my community about one small thing. It is the same thing as in my previous post: Write about us. Make us seen. Put notices on top of your services. Mention us in your blogs and newsletters. Write in your Twitter. And don’t stop.

Why is it important? At this point, it seems real that we will win. But how long will it take (= how long will cities be ruined, civilians killed, infrastructure destroyed) severely depends on moves of large and slow entities: countries, international organizations, big companies. To send help to us. And to break all ties with Russia and close all ways for it to maintain its war economy, supply its army, and keep its people calm and controlled. So we need massive pressure to put all the countries too cautious about making sanctions more severe. On all the international organizations with their half-measures. On all the large companies that are still doing business with Russia because why not.

And for that, we need a lot of visibility.

I am not asking you to cease all of your life and running around screaming, “HELP UKRAINE”. Any small gesture counts. Like sites with memes that do regular sets with memes about badassery of Zelensky or sad eyes of evacuated Ukrainian animals. Like Instagrams of photo magazines that just dedicate a few slots a day to Ukrainian photographers – let it be pre-war photos, but if the war is explicitly mentioned, it counts.

And your silence counts, too. Your unwillingness to see and hear, or to upset your thousands of followers or to spend your social capital on something unrelated to your main interest counts, too.

Please proceed with your day.