Being the host of the Samsung Developers Podcast, I have had the opportunity to interview many great game developers over the years, but had yet to immerse myself in the gaming community. That was until I attended GDC 2022, the Game Developers Conference held at Moscone Center in San Francisco.

GDC is the premiere conference related to the gaming industry. The annual conference brings together game designers, audio producers, programmers, artists, writers, and many more industry professionals from all around the world.

Networking at the Expo 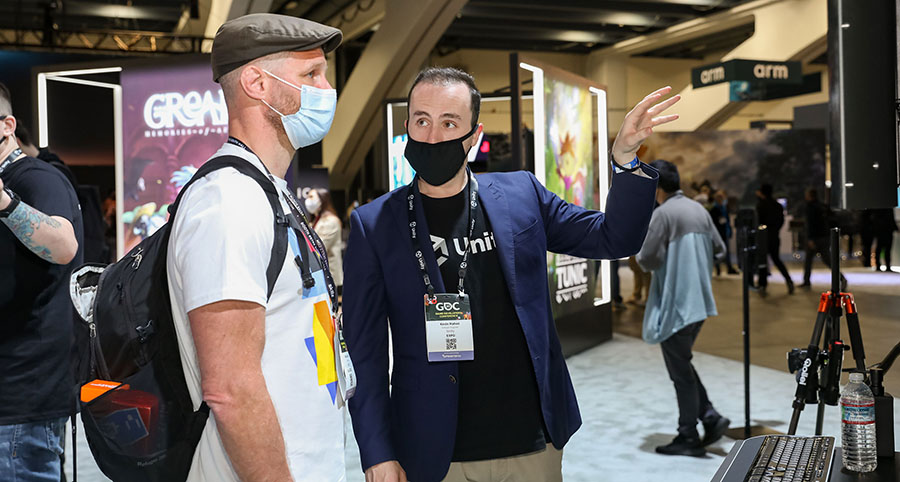 As with most conferences, networking was one of the key benefits of being at an in-person conference. Walking the Expo floor allowed me to chat with so many amazing tech companies to learn about the latest game development tools and services. 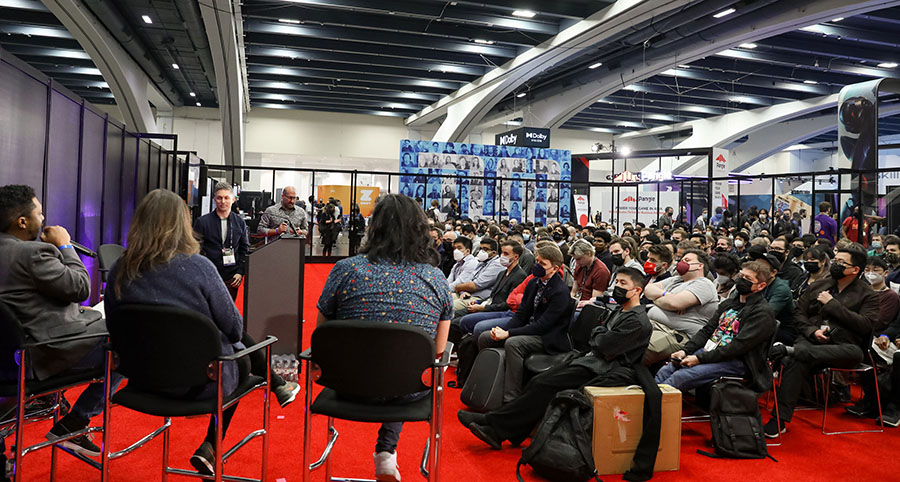 The expo floor was a great quick overload of everything game-tech-related, but the sessions allowed for a more comprehensive learning environment on many diverse game development topics.

During the five-day conference, I attended over 25 sessions, learning in great detail from many inspirational speakers. Sessions covered everything from designing and programming, to business and marketing, and so much more.

Below are highlights from several of my favorite sessions.

Free-to-Play has dominated the gaming market and has intrigued me because it is a big part of mobile gaming. This session was very insightful as each of the different teams pitched their game ideas, explaining how they would generate revenue within a free-to-play game. The winners of this challenge quickly became audience favorites with their animal sanctuary game concept and real-world connection, giving players the opportunity to donate to their favorite animal foundation. 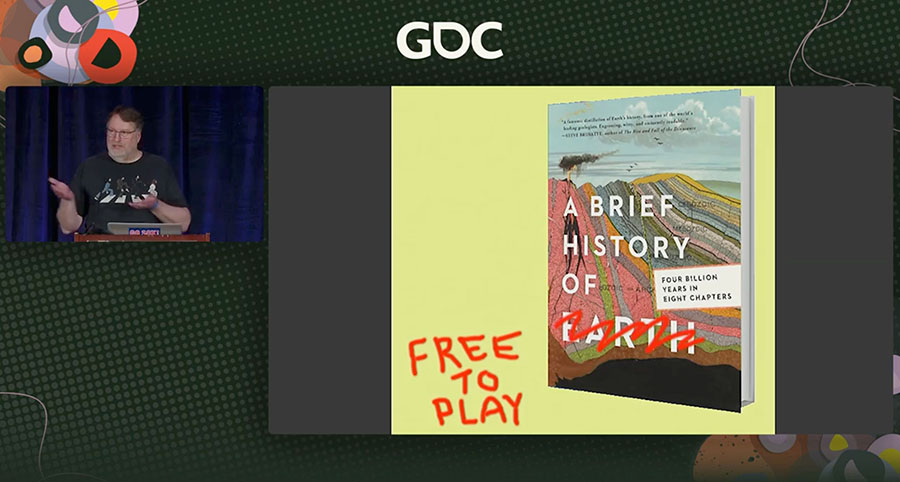 Session Description: For many years, the Game Design Challenge was one of the most popular sessions at the GDC. Now, the advisory board of the Free-to-Play Summit is proud to revive this GDC tradition, with a free-to-play focused version of the Challenge. Four free-to-play designers will have been given marching orders, and tasked with designing a game around that given problem. All four will present their idea to the Summit audience, followed by an audience vote. Innovative thinking and lively presentations are in store for all attendees!

The theme of this year’s Challenge is Designing for Minnows. Free-to-play games are almost always tuned to extract most of their revenue from “whales” — those super-fans of the game who spend the big bucks, while the other 99.9% of the game’s players spend little or nothing on it. We’ve challenged three free-to-play designers to come up with a design for a game that will extract the vast majority of its revenue not from “whales” but from “minnows” … players who, over their entire lifetime, spend $10 or less.

Lost Words: Beyond the Page

Of all the sessions that I attended, this one touched me the most. I wanted to learn more about the importance of narrative within the gameplay but received so much more from this session. Dan Gabriel’s approach to public speaking felt more like a storyteller than a conference speaker. Lost Words: Beyond the Page is not just a game, but a way for people to learn about themselves as they experience the challenges of life. 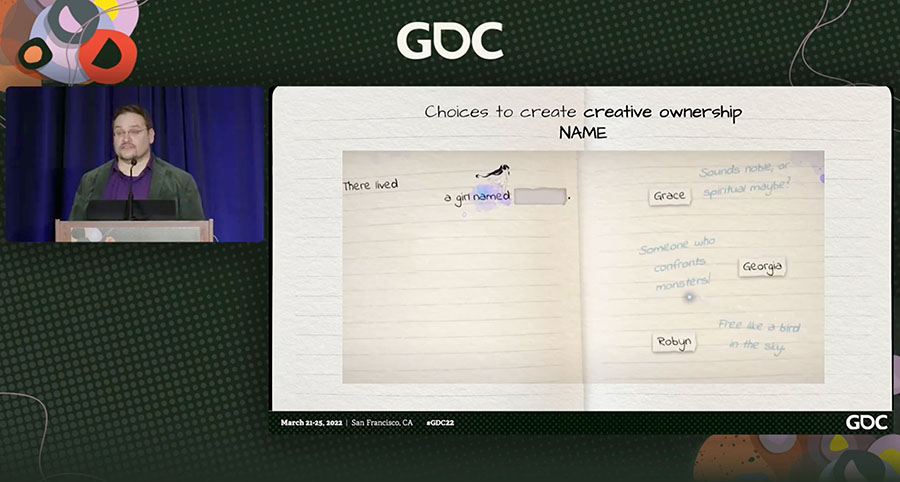 Session Description: Lost Words: Beyond the Page leads the player into a rabbit hole of emotions to emerge, weary but fulfilled, on the other side of grief. Attend to see how narrative and gameplay work together to create a deep, emotional bond. How metaphors pull the player deeper into the experience and how psychology shaped a story of a girl, a gran and a fantasy world.

‘Unpacking’: The Fun Behind the Foley

I love sound and everything that comes with the production of capturing sound effects (foley). Seeing how this small team (husband, wife, and daughter) took on the challenge of not only creating 14,000 unique sounds, but also integrating all 14,000 sound files into the game and how that created its own set of challenges. 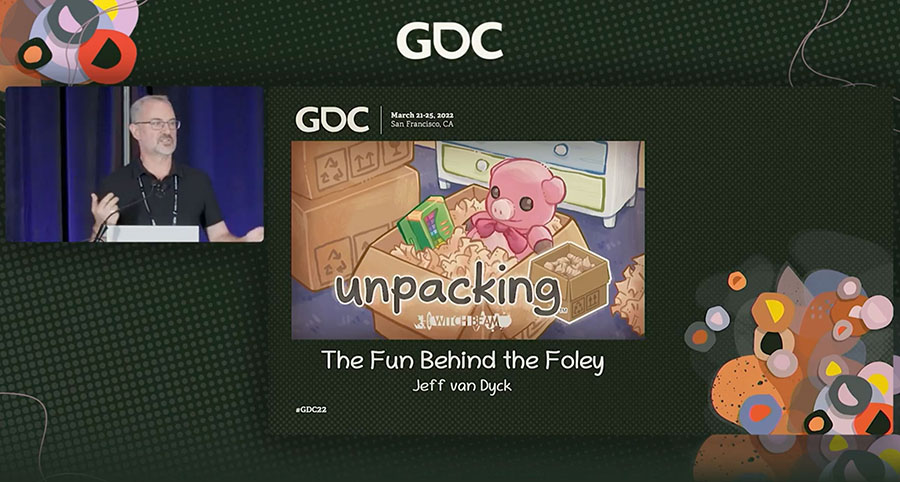 Session Description: “Unpacking has 14,000 foley audio files!” was a tweet that went viral in Nov 2021. Audio director and composer Jeff van Dyck (Alien Isolation, Total War, EA Sports) takes us through the unexpected complexity he and his wife Angela encountered while they produced the foley for Unpacking.

This session was exactly what I was hoping for: more insight into the new world of NFTs (non-fungible tokens), blockchain, and crypto, and how they can impact F2P (Free-to-Play) games. As Web3 games are developed, we will see more disruption to the current F2P space because these games are powered by the player community and not a single entity. 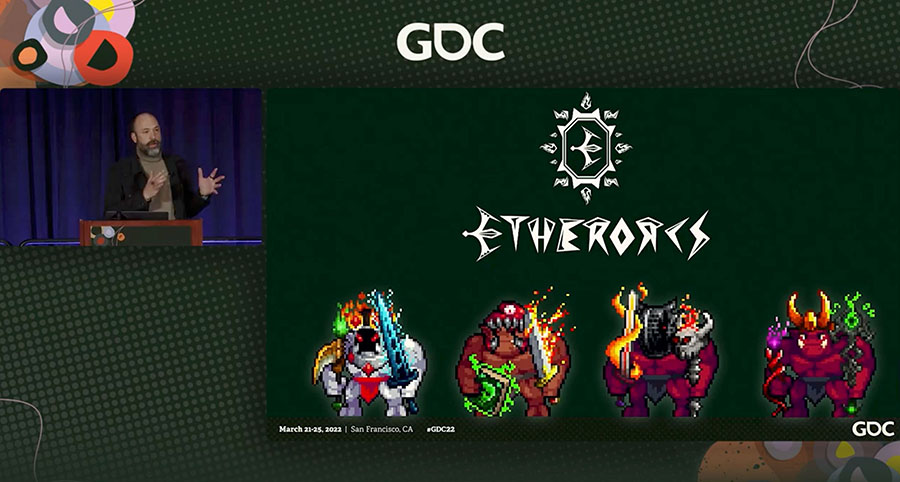 Session Description: NFTs are a consumer-driven phenomenon growing at dizzying speeds. More than merely a new way to offer IAP, NFT technology is set to disrupt game fundraising, community development, social media marketing, and even the very nature of the consumer/creator relationship. In this session, game designer Jordan Blackman will show the surprising ways NFTs are already changing the game, as well as some predictions of what is to come.

‘Wordle’: Doing the Opposite of What You’re Meant to

I am one who has definitely been swept up in the Wordle craze, and getting to hear from the creator of Wordle, Josh Wardle … yes that is his name, was fascinating. The story of how he created the game was simple. The stories he shared about the simple connections people were making through sharing their daily Wordle were absolutely wonderful. 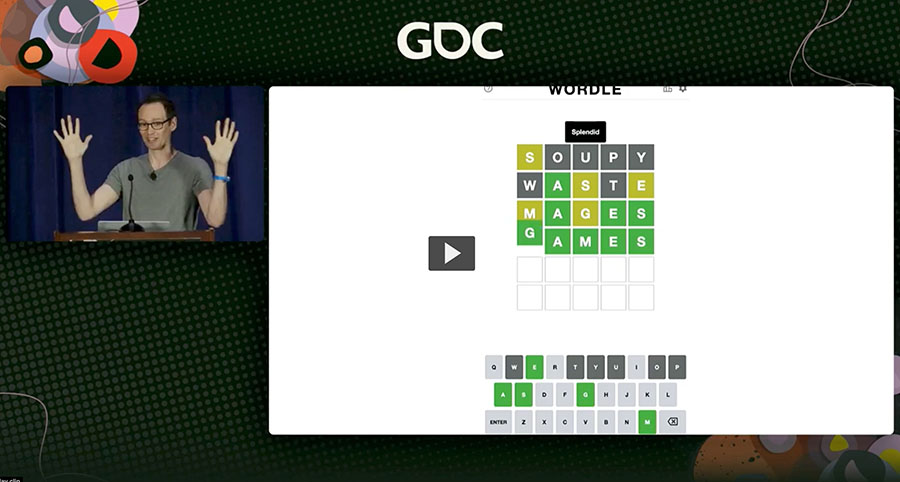 Session Description: Wordle went from a personal gift to a global phenomenon in 3 months. This talk explores the decisions that were made throughout its development that run contrary to conventional wisdom around building successful mobile games, from Wordle’s origins to its seven-figure sale to the New York Times. The talk also explores the human elements and considerations of creating, growing, and selling a game, both from the perspective of the developer and the game’s audience. 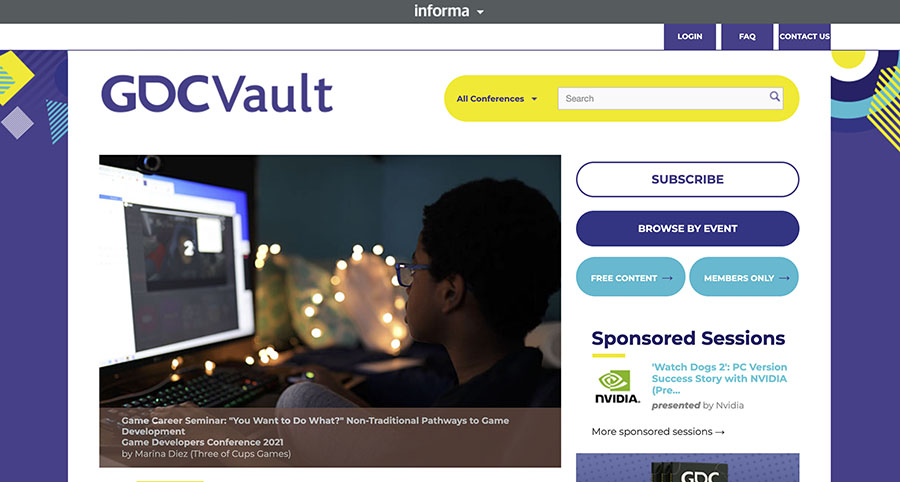 If you are looking for Samsung content, be sure to check out the following Samsung sessions that were presented at GDC. In fact, you can view two of the sessions on YouTube right now! The other two sessions will be available for free in the GDC Vault by the end of April.

The high point of the conference definitely was the awards show, presented by both the Independent Games Festival and the Game Developers Choice Awards. 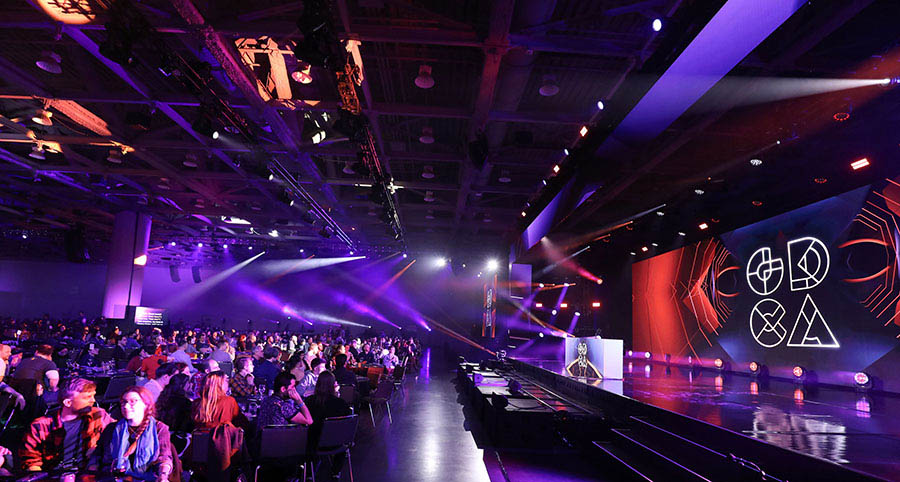 The evening was full of recognizing not only the amazing winners, but all those nominated and truly how creative, innovative, and engaging the past year in game development has been. You can check out the full awards show below.

The big winner of the evening was Inscryption, taking home not only Game of the Year from Game Developers Choice Awards, but also the Grand Prize award from IGF, along with awards for Excellence in Audio, Excellence in Design, and Excellence in Narrative. 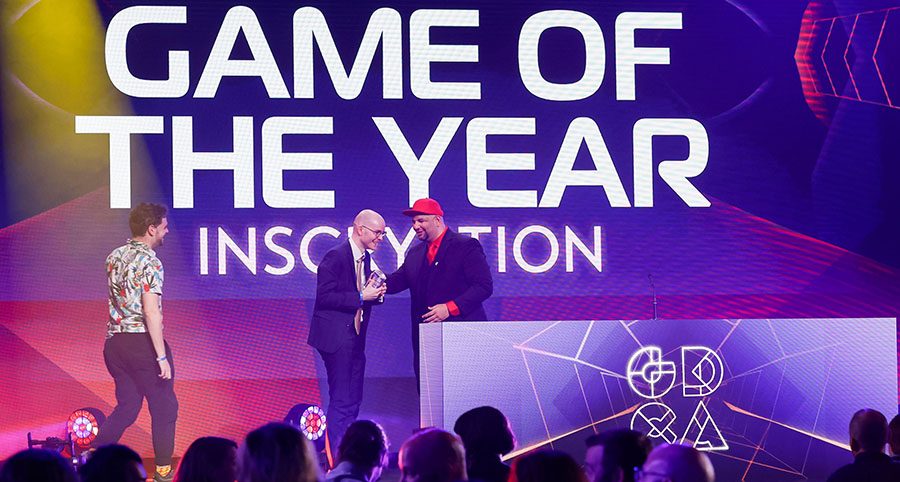 Game Description: From the creator of Pony Island and The Hex comes the latest mind melting, self-destructing love letter to video games. Inscryption is an inky black card-based odyssey that blends the deckbuilding roguelike, escape-room style puzzles, and psychological horror into a blood-laced smoothie. Darker still are the secrets inscrybed upon the cards…

The viral game with over 14,000 sounds somehow turned the painstaking task of unpacking boxes into an experience of peace and tranquility. Unpacking won both the Game Developers Choice Award for Best Innovation and for Best Audio. 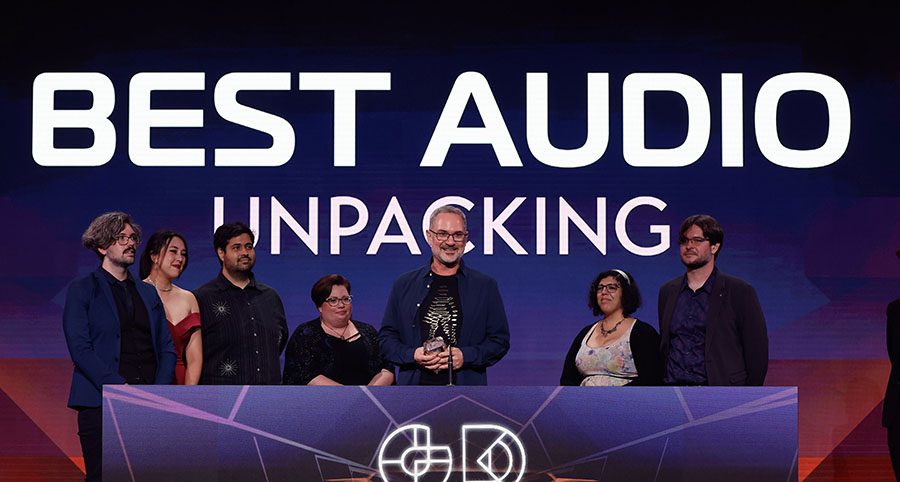 Game Description: Unpacking is a Zen game about the familiar experience of pulling possessions out of boxes and fitting them into a new home. Part block-fitting puzzle, part home decoration, you are invited to create a satisfying living space while learning clues about the life you’re unpacking. Over the course of eight house moves, you are given a chance to experience a sense of intimacy with a character you never see and a story you’re never told.

The game I am most excited about is Papetura, winners of IGF’s Excellence in Visual Art award. The mysterious and artistically quirky world is an absolute pleasure for the eyes, playing out in a real-life, stop-motion world. 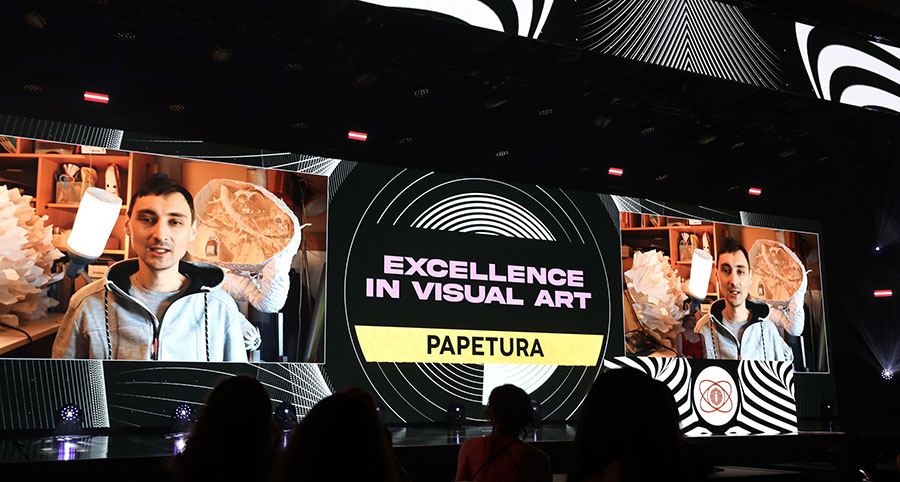 Game Description: Papetura is an atmospheric point & click adventure game, handcrafted entirely out of paper. Little creatures Pape and Tura will face monsters that will try to burn down their beloved paper world.

These are just a few of the many highlights I experienced during GDC this past year. Explore the GDC Vault for yourself to experience GDC 2022 and impact the game developer community with whatever your expertise may be. See you at GDC 2023, March 20-24 in San Francisco!

Be sure to also follow us on @samsung_dev to keep up-to-date on the latest developer news, and keep an eye on our blogs for other helpful resources. You can also sign up for the Samsung Developer Program to take advantage of exclusive benefits and access helpful developer resources.

Accelerate game performance based on SceneSDK