Pinterest has announced a new partnership with eCommerce platform WooCommerce, which will enable WooCommerce’s 3.6 million merchants the convert their product catalogs into Shoppable Pins on Pinterest. 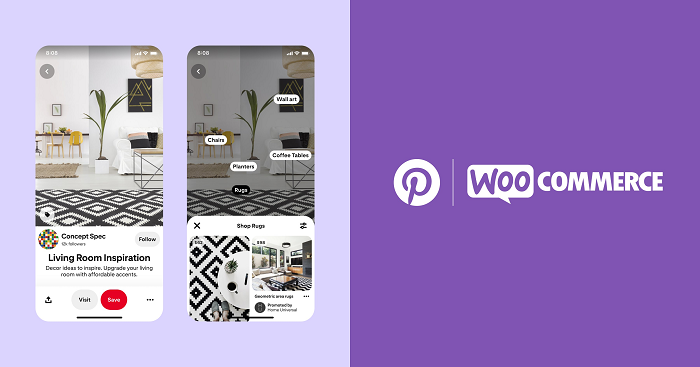 WooCommerce is primarily an eCommerce plug-in for WordPress, enabling WordPress users to add a product showcase to their site. And now, they’ll also be able to post those same items on Pinterest too, expanding their opportunities for exposure and sales.

“Our partnership with WooCommerce is part of our broader commitment to becoming the most inspiring shopping destination online. At Pinterest, we’re building a home for taste-driven shopping, and investing in new ways for shoppers to browse, discover and engage with brands. With the number of Pinners engaging with shopping surfaces growing over 20% both quarter over quarter and year over year in Q4 ‘21, this partnership gives Pinners more options to discover and purchase with confidence.”

The partnership will see the launch of a new Pinterest app within WooCommerce, which will include a range of Pinterest shopping features including tag deployment and catalog ingestion. WooCommerce merchants will also be able to create and launch ad campaigns via the interface.

In addition, WooCommerce merchants will also be given beta access to Pinterest API v5, which will provide more options for building custom Pin shopping experiences that can be viewed outside the app.

It’s the latest in Pinterest’s gradual expansion of its commerce features, which also includes a similar integration with Shopify. By making it easier for merchants to convert their product listings into Buyable Pins, that expands the amount of products that Pinterest can display to users, increasing utility, while also providing more opportunities for exposure, and generating more ad spend from a broader pool of merchants.

It’s a smart expansion, and likely not the last one we’ll see as Pinterest looks to become the destination for online product discovery and purchase.